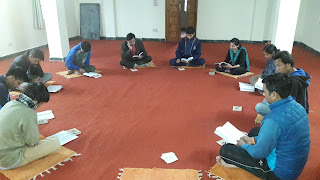 “Let not a single day pass without your learning a verse, half a verse, or a fourth of it, or even one letter of it; nor without attending to charity, study and other pious activity.” - Chanakya

Swadhyaya Varga is being held at Vivekananda Kendra Shimla Branch on every Tuesday. The timing is eveningh 6 to 7pm. The session of Swadhyaya include discussion  on "rouse and call to hindu nation" which is compilation of Swami Vivekannada's complete works.
The ideology behind that Swadhyaya Varga is :

WHEN WILL OUR THIRST FOR FREEDOM BE QUENCHED? ONLY WHEN OUR OBSESSION FOR SLAVERY IS KILLED. 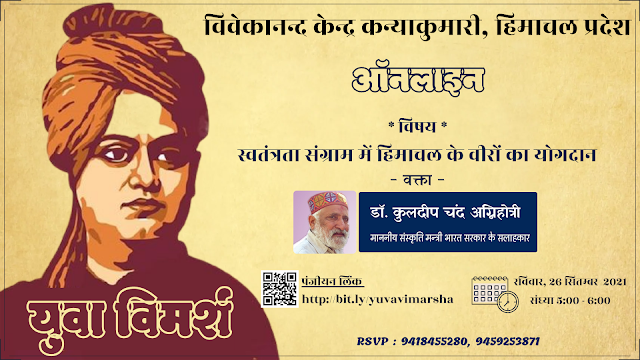